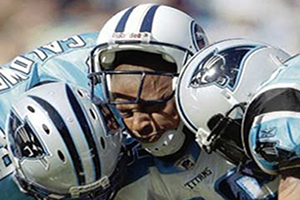 On Monday, April 18, 2016, the 3rd Circuit Court of Appeals issued an historic ruling affirming the settlement of the NFL Concussion Litigation.  The settlement had previously been approved by Judge Anita Brody of the District Court in Pennsylvania on April 22, 2015.   Several of the players who had objected to the approval of the settlement filed the appeal, but the appeal was rejected.

For the players involved, this is an important step towards what ultimately may turn into a settlement worth more than $1 Billion dollars in benefits to the players.  While the players who appealed may choose to appeal this decision to a higher court, it’s doubtful that they would find any relief there or, for that matter, that the U.S. Supreme Court would even accept an appeal.  While the case is still a long way away from paying out on the claims, today was an important step in helping former players who are suffering with the devastating effects of brain injury to receive some compensation for what they’re lived with all these years.

You can read the entire court decision here.  For more information, email [email protected] Bruce and his co-counsel represent more than 500 players in the NFL Concussion Litigation and he will be happy to answer any of your questions.