Serious concussion injuries have long been known to be a major health risk for NFL players, and despite the long delay among NFL officials in acknowledging it, the evidence that severe or repeated concussions can lead to chronic brain trauma, cognitive impairments, and even early death has long been available.

For years, NFL players were "under-informed" about the risks involved and often encouraged to "just play through" their concussion injuries. A suit involving nearly 5,000 former NFL players has already resulted in a settlement, and some 20,000 players may eventually be reimbursed for head injuries they sustained while playing for the NFL.

More recently, concussion concerns have spread to other professional sports, including hockey and cheerleading.

The NHL is currently involved in a class action lawsuit brought by dozens of its former players who allegedly suffered severe effects from concussions inflicted during NHL fighting incidents. This comes on the heels of the deaths of three former NHL enforcers, one immediately from a painkiller overdose and the other two by suicide. It is thought that all three deaths were linked to NHL concussion incidents years back.

In the lawsuit, former players allege the NHL did not adequately warn them of the risks, both short and long term, of concussions. The NHL argues that no link between hockey concussions and a form of brain damage called "CTE" (chronic traumatic encephalopathy) exists, despite CTE being discovered in former players who died prematurely.

"NHL officials also discussed the idea of eliminating fighting from the NHL, but all declined to attempt it. It seems that a hundred-year-old tradition is very hard to break, but the costs of continuing it are exceedingly high. Players are paying much bigger penalties for hockey fights than merely spending some time in the penalty box. To their credit, the NHL has seen fight incidents drop in recent years, down to only 317 fights in 2016, but given the dangers involved, this number is still far too high. 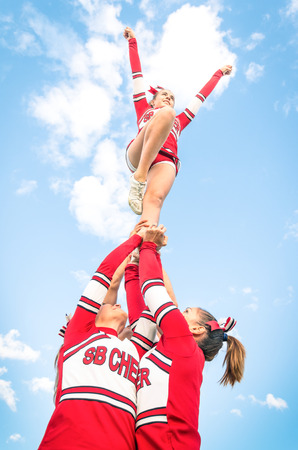 Cheerleaders also experience a high rate of concussions, in fact, sometimes higher than rates for football players. At University of Georgia Atlanta, for example, 8 out of 52 cheer leaders suffered head injuries, while only 9 of 125 football players did. Considering the daring flips and other acrobatic stunts that cheerleaders routinely take part in, this is not all that surprising.

Other sports too, such as wrestling, lacrosse, bicycling, skateboarding, and dirt biking often have concussion rates as high as or higher than those of football. Furthermore, concussions are not reserved to the professionals, but parents with kids who love sports also have reason for concern. Concussions are much more common than usually thought. Consider a 2013 Harvard study that concluded there may be as many as six times more concussions than those officially reported.

If you believe you are suffering the effects of a concussion received while engaged in football, hockey, cheer leading, or another sport, be sure to contact us for advice. We specialize in concussion cases - if you were not warned of the dangers involved, you may be entitled to compensation.