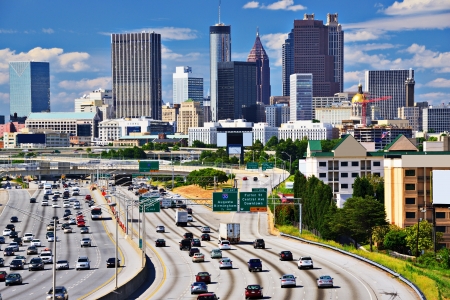 On February 16th, 2016, three pedestrians waiting at a MARTA bus stop near North Avenue were suddenly hit and injured when two vehicles collided and struck the individuals. Less than a week earlier in Atlanta, on February 10th, 2016, one fatality and several injuries resulted when a truck driver suddenly slammed into a bus at the intersection of Cascade Road and Spring Park Drive.

It is easy to see that car crash injuries are far too common on Atlanta's busy streets and highways. The physical pain, mental anguish, and financial burden that they bring can last for years. If you or someone you love have been injured in a car wreck, your first concern should always be obtaining immediate medical care. The very next concern, however, ought to be to take care of the legal aspect of the crash so that you can secure full compensation for all wrongs done. Similar to your need for medical care following a car wreck, time is of the essence when it comes to taking care of your potential legal claim.

Unfortunately, many delay too long before seeking legal assistance and in doing so risk losing their right to file a personal injury suit due to the state of Georgia's statutes of limitations. These laws are rather complex, and it takes a legal expert familiar with Georgia law to decipher them.

In general, car crash and other personal injury lawsuits in Georgia must be filed within two years of the "cause of action," meaning the time when the injury occurred. This two-year limit also applies to wrongful death suits. However, statutes of limitation are not nearly as cut and dry as they appear. There are some situations in which you may get "extra time" to file your suit. For example:

Finally, you should also be aware that there are instances in which the statute of limitations is curtailed to less than two years. Most notably, this occurs when a state, city, or county government is involved.

The rules outlined above are only the "tip of the legal iceberg" when it comes to Georgia's statute of limitations laws. Contact us today at 404-522-7553 to learn more.