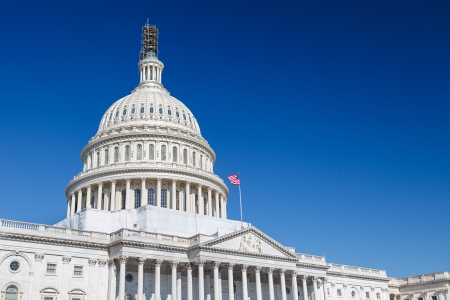 Three bills recently passed the house that threaten your right to a fair settlement, and there is yet another coming down that pipeline that you should be aware of.  We urge you to contact your Senators and representatives before these bills are voted into law.

The National Law Journal indicates that this bill will make it more difficult to "remand federal cases to more plaintiff-friendly state courts by naming a defendant located in that state. The issue comes up a lot in products liability cases where, for instance, a plaintiff files a suit against a pharmaceutical company that’s based in another state but adds a local pharmacy to avoid federal jurisdiction... Critics say the bill is really about large corporations that want to remove cases to federal court, which is a friendlier venue for defendants."

This bill would require financial penalties for plaintiffs that bring what a judge might consider a  “frivolous lawsuit.” Currently, this decision is left up to the judge’s discretion. Currently, "any judge can dismiss a lawsuit as frivolous already," explains rawstory.com. "If a suit goes to a jury trial, it’s because a judge already considers it a valid lawsuit. Our judicial system has three safeguards in place already." This bill will ensure penalties "for helping people exercise their right to have their day in court, however short that day may be."

This bill includes H.R. 905, the Furthering Asbestos Claims Transparency Act. The bill would place major restrictions on class action lawsuits. According to The Marshall Project, "H.R. 985 creates a web of hurdles for civil rights class actions. First, the bill would make it financially difficult for civil rights attorneys at nonprofits to take on these cases, which are resource-intensive, by delaying and limiting how courts award fees when a case is won. In addition, it would give defendants — the alleged wrongdoers — the right to automatically appeal a judge’s decision that a case can proceed as a class action, something that would disrupt and prolong a case, sometimes from the very onset. "Then, H.R. 985 would allow defendants to file repeated, consecutive motions that would stop discovery and halt proceedings, ultimately making it harder for attorneys to amass evidence in the case. The bill would also require each member of a class to prove almost identical injuries — for example, that two people unconstitutionally stopped and frisked by police had been held for the same amount of time Moreover, the bill seeks to redefine conflicts of interest to include situations where the same attorney or organization represents a plaintiff more than once"

Coming up next in Congress

This bill will cap non-economic damages (for example pain & suffering) at $250,000 in medical malpractice cases. "H.R. 1215 could affect the recipients of Medicare, Medicaid, the Affordable Health Care Act, and veterans and serving soldiers," explains legalreader.com. It is critical that your Senators and representatives in Congress understand where you stand on these pieces of legislation. If you have any questions about this information and how it may impact you please contact Hagen and Rosskopf.