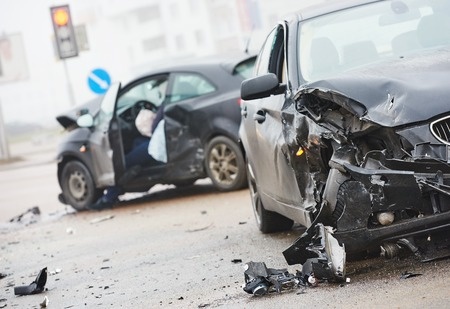 When the numbers were released, everyone - from the United States Department of Transportation (DOT) to the National Safety Council (NSC) - was alarmed. The number of deaths from traffic accidents increased 10% during the first half of 2016. The trend had been decreasing from 2008 to 2014, so the marked increase from 2015 to 2016 raises major concerns.

The summary from the National Highway Traffic Safety Administration (NHTSA) cited driver distraction, excessive speed, and impaired driving as significant causes of traffic accidents, but the statistics also noted a 3.3 percent increase in vehicle miles traveled (VMT) that also could be a contributing factor.

The DOT and NSC joined forces in October 2016 to define a strategy, Road to Zero, which would address the increasing number of car crash injuries and fatalities. “Our drive toward zero deaths is more than just a worthy goal. It is the only acceptable goal,” said NHTSA Administrator Mark Rosekind. The new program will focus on the 4 Es:

Reaching zero deaths will be difficult and may take up to 30 years to accomplish. A combination of new technologies (autonomous cars), and innovative approaches may be formula for success. “It will take all of us working together in new ways to eliminate preventable deaths,” said NSC president Deborah A.P. Hersman. The number of car crash injuries is anticipated to lower proportionately. Since its inception in the 1990s, a similar program has reduced traffic fatalities in Sweden by half.

The Trucking Industry and Road to Zero

Truck.com’s editor Jerry Hirsch supports the Road to Zero program. “The costs of deadly injuries are weighing heavily on the trucking industry,” he notes. The Federal Motor Carrier Safety Administration (FMCSA) said 12% of the people who died in car crashes in 2014 were involved in large-truck crashes, Hirsch continued. These statistics have made it difficult for independent truckers and small carriers to find adequate, affordable insurance coverage. Despite that, the amount of freight moved between now and 2027 will continue to grow as much as 27%.

“The trucking industry needs to embrace life-saving technology — and quickly,” he concluded. “Technological developments such as adaptive cruise control, blind-spot warnings, and forward-collision alert with automatic braking have fewer crashes as well as fewer injury and property claims.”

Motorcyclists were not included in the Road to Zero initiative, even though bicyclists, joggers and pedestrians were. “The questions we have for the coalition and the DOT are ‘Was the exclusion of motorcycles intentional?’ and ‘Is a ban on motorcycles part of the plan to get to zero road deaths?’ ” said AMA vice president Wayne Allard. Another concern the AMA had was that in the evolving technology of autonomous vehicles, no motorcycle detection devices are being developed.

Earlier this year, The New York Times reported a 10% increase in deaths on the roads this year and the conclusion is that drivers are distracted by the use of technology in the cars, including apps on cell phones like Snapchat and Waze.  How will we reconcile the desire to reduce fatal crashes with the increased desire to be connected to the outside world while we’re driving?

The law offices of Hagen and Rosskopf bring over 30 years of successful personal injury practice to Georgia residents. We believe strongly in “safety first,” and want to further that cause for our clients. If you’ve been injured or suffered loss due to negligence, you may never be 100% again, physically or psychologically. But we can help you make it better by doing what’s right. Call Bruce Hagen, P.C., at 404-522-7553 or contact us for more information.