Article by Bruce Hagen for bikelaw.com 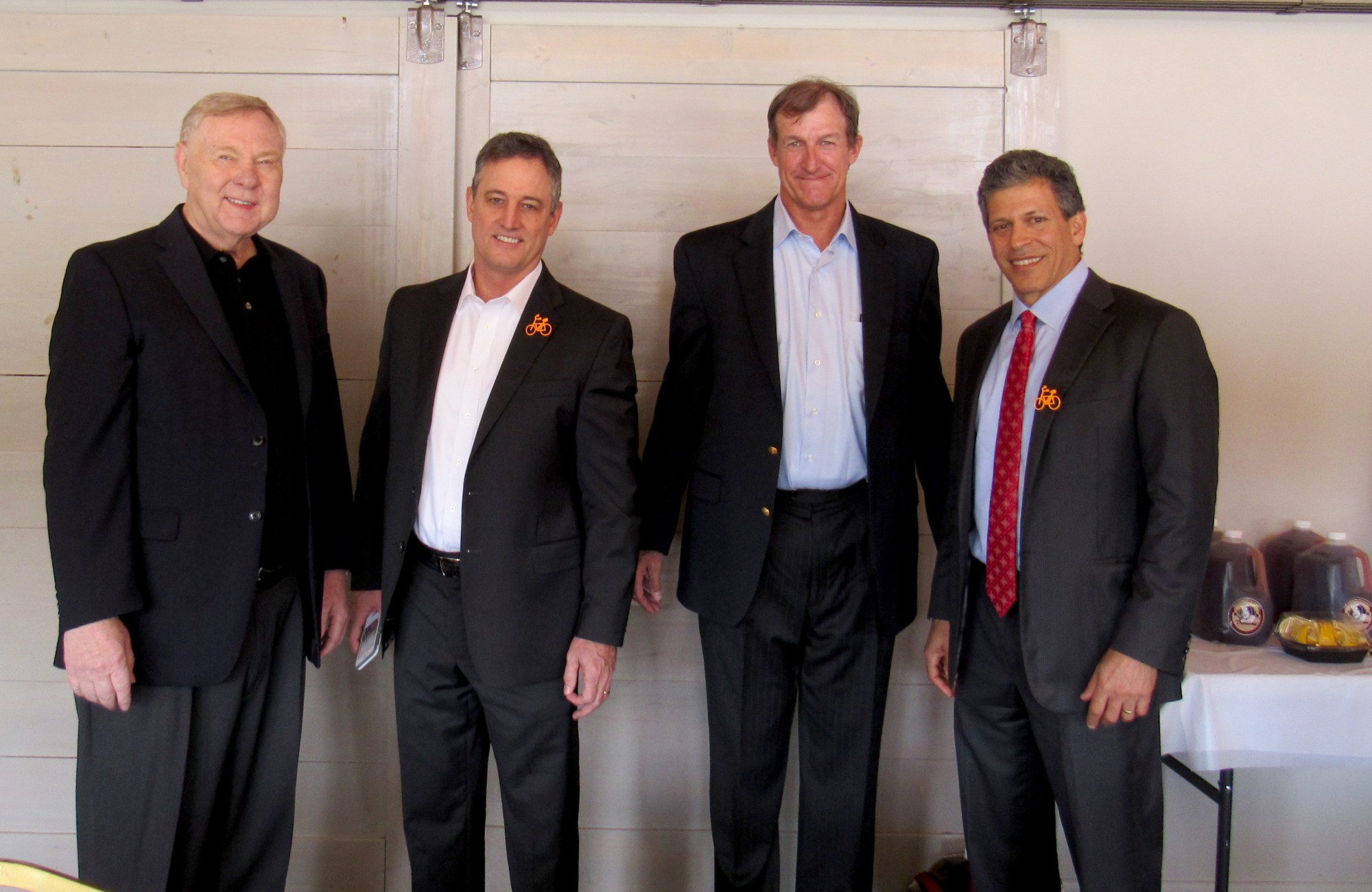 This past November, Fulton County elected a new sheriff. (Yes, there’s literally a New Sheriff in Town.) During the run-up to the election, one of the candidates posted a tasteless video of John Wayne shooting guns and seemingly taking out cyclists. This created a huge backlash. One of the candidates for Sheriff, Ted Jackson, came to speak to the Olde Blind Dog Cycling Club one night and promised that, if elected, he would create an opportunity for bicyclists to get their concerns heard by law enforcement officers (LEOs).

Sheriff Jackson followed through on his promise and set up a meeting that was held yesterday morning. Included among the attendees were most all of the law enforcement heads from Fulton County and several Federal agencies, the Police Chiefs from Roswell, Milton, Alpharetta, Sandy Springs, the Fulton County District Attorney, The Chief of Police for Atlanta City Schools and several others from various jurisdictions.

Police need to be aware of the laws that are intended to protect cyclists and enforce them. Our personal experience, reinforced by talking to our friends and clients, is that police don’t understand things like the 3 Foot Law, The number of riders allowed in a lane of traffic, laws regarding riding on the sidewalk, and many others. The police don’t enforce the law when people park in bike lanes. They don’t investigate cases thoroughly when cyclists are involved.

I emphasized the value and importance of communication. That when they allow open portals for people on bikes to communicate with police, and that the police actually follow up on the communication, it goes a long way towards fulfilling the mission of “Protect and Serve” I gave an example with the City of Milton who, after receiving a video of a police vehicle passing a bicyclist too closely, worked with us to ensure that their entire police force received Bike Law training.

I talked about a specific case involving the death of a cyclist where the police investigation was awful. They agreed.

Ultimately, I offered to be a resource to them for whatever they need, and specifically to come and help train their officers. I fully expect to hear back from some of them soon.

Also with me were Nedra Dedwyler from Georgia Bikes, our statewide advocacy group, David Matthews from Bike Friendly ATL, who heads up the Ghost Bike project, and Mike Moss from the OBDC.

I used the feedback that we got from Facebook and Reddit to let them know what the main concerns were from the people in their community who ride bikes. Most importantly, I emphasized the “People” aspect so that they understood and will hopefully remember that every cyclist is a human being with a story of their own.

All in all, I think it was a great event that will help the community.