In the United States, many people are under the impression that they can sue companies for millions of dollars and win, then continue live off of their takings for the rest of their lives. After all. It’s the ultimate “get rich quick” scheme, right? Wrong.

Why Do Some People Think This?

It seems like the media sensationalizes high-dollar personal injury lawsuits. One of the most notable cases is the “McDonald’s Coffee Case.” A woman going through the drive-thru ordered a coffee, which spilled on her groin and thigh region, giving her third-degree burns. The woman was 78 at the time of the incident.

She originally sought repayment for her medical bills as well as some damages, and she ended up getting a huge payout. When everything was said and done, she was awarded almost $2.9 million by the jury who judged her case.

The media took this case and ran with it, and they painted her as a ridiculous old woman who should have known that her coffee was hot enough to burn her.

It’s interesting that what they didn’t report on nearly at all, were the actual facts of the case (most notably that the plaintiff, at first, only wanted a small monetary benefit for injuries sustained). Another key fact left out of the story is the fact that McDonald’s company policy is to serve coffee at 180 degrees Fahrenheit.

Serving A Dangerous Product To Customers 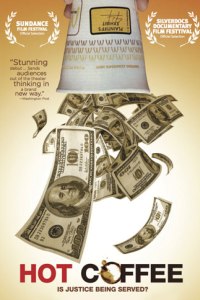 Just put that in perspective, liquid at 180 degrees will give a person third-degree burns after just two to seven seconds of exposure. The plaintiff spent 8 days in the hospital due to these burns. They also didn’t report that over 700 other people have filed suits against McDonald’s for burns they received from the chain’s coffee.

One of the main arguments against McDonald’s was that the coffee is served at too hot a temperature. The average McDonald’s customer is not likely to anticipate that their cup of coffee would give them such extensive burns in mere seconds. The biggest issue the lawyers found with McDonald’s response to the issue was the complete lack of regard for customer safety and insistence that coffee must be served at that extreme temperature, even though many other chains serve it much cooler than that.

McDonald’s refused to lower the temperature at which they served their coffee, and they also refused to settle. In the end, they lost $2.9 million, in addition to any monetary amount that they spent taking the case to trial instead of settling out of court.

For more details on this case, be sure to check out the award-winning documentary on the subject Hot Coffee.

Other Personal Injury Cases To Consider

A woman attempted suicide by jumping in front of a train in New York City. She wasn’t killed but was severely injured, and sued the city for those injuries. She was awarded $14 million.

Another woman attempted to sue Cracker Barrel because she found a mouse in her bowl of soup. Upon investigation, the woman was found to have killed the mouse previously and planted it in the soup. She was arrested for filing a false police report, among other things.

While many people are under the impression, due in large part to the coverage of cases such as these, that personal injury lawsuits are frivolous, greedy, and a waste of the court’s time, many personal injury cases in fact do a lot of good as well.

Recently, a Texas jury awarded a family and its estate $150 billion. Their son was sexually assaulted and set on fire by a child predator. The predator was not charged at the time of the incident, but when the child died years later due to complications from the original burning incident, the family took legal action. This is the largest award of its kind in US history.

Another positive story involves the families of radio show contestants who died from water intoxication after participating in a show event. The family was awarded a total of $16.5 million for the loss of their loved one, who was not told of the dangers of participating in the contest.

Personal injury cases have received a very bad reputation in the media, and they have become the butt of too many jokes. Yet for people who have been injured or killed because of the negligence or harmful practices of another person or corporation, personal injury cases can be the only way that the victim can sustain any quality of life.