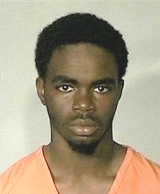 Late last month an emotionally difficult trial was concluded in Cobb County, Georgia. De’Marquise Elkins, an 18-year old African American, was accused of killing a toddler when he and a 15-year old accomplice, Dominique Lang, were robbing the child’s mother. According to reports, De’Marquise shot the toddler when the mother told him that she didn’t have any money to steal. The victim of this crime was white. Amidst mounting racial tensions nationwide, which have even been addressed by our current president, it shouldn’t be surprising that this case garnered media coverage. What is surprising, however, is the apparent lack of awareness about how a jury should be selected.

After the jury had been selected in this case, Elkins’ attorney, Jonathan Lockwood, voiced complaints about the lack of proper representation of minorities in the jury. In a case where a black defendant was being charged with the murder of a white child, would an all-white jury truly give his client the benefit of the doubt? Lockwood raised an important issue about the jury selection process and racial disparities, one that deserves deeper consideration.

Elkins was convicted on Monday, August 30th, after a mere two hours of deliberation by the jury.

Cobb County’s population is 55.4% white, not including Hispanics or Latinos, and yet the entire jury selected was white. A trial is supposed to be by a jury of peers. The question then is, how did a jury of Elkins’ peers all happen to be white? Cobb County has a large percentage of minorities – roughly estimated at 30% black, 11% Hispanic and 4% Asian. What’s wrong with Cobb County’s process of calling in citizens for jury service that these residents are not getting called? The jury pool should reflect the makeup of the county’s population. If it doesn’t, that could be a sign of improper practices taking place. Several years ago, Gwinnett County was challenged on this basis and as a result stopped all criminal jury trials for a period of months while they examined the problem and tried to correct it. Could Cobb County benefit from a similar course of action, and would it have made a difference in the outcome of the trial?

Elkins’ case isn’t the only one where a question of racial diversity in a jury has arisen. The George Zimmerman case, a recent story that dominated the media, included similar issues with jury selection. Seminole County, where that trial took place, has a white population of 65%, and black and Latino populations of 11% and 16% respectively; yet there was only one Hispanic on the jury, and no black jurors at all. In Zimmerman’s case, not unlike Elkins, the jury may have been influenced by the popular portrayal of young black men as violent aggressors, an image which prosecutors often use to evoke fear in white jurors.

Zimmerman’s lawyers defended his shooting of Trayvon Martin as self-defense, using the familiar tactic of portraying Martin as a violent drug user with a criminal background. This is part of a playbook used against black teenagers. Elkins, the defendant in his case, received the same treatment. We cannot personally say that Elkins was or was not guilty of his crime, we instead choose to put our faith into the process of trial by jury, where a variety of members of a community are chosen and screened to interpret the law based on evidence and testimony.

A Stark Lack of Diversity on All Sides 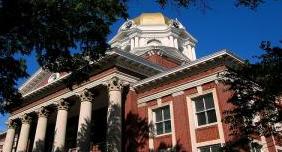 What does it say about the legal system if minorities are excluded from this process? It’s no mystery that black Americans are targeted by the legal system in terms of arrests, prosecutions and convictions. Of the 2.3 million people that are incarcerated, almost 1 million of them are black. African Americans are imprisoned at a rate of nearly six times that of whites. They also represent 58% of the populations of state prisons. With these numbers in mind, one might be able to see the power that an all-white jury could hold; the biases used in the conviction of any number of these men and women have, and continue to, cause a disparity in the legal system.

De’Marquise Elkins was convicted based on the testimony of Dominique Lang, a scared 15-year-old, and on the statement of a drug user who initially provided a false alias to authorities. When the crime involves a dead white child, and a young black offender, is there any doubt that an all-white jury would be far more inclined to convict him? Even more concerning, could more diversity in the jury have made a difference in the outcome of this trial, or Zimmerman’s? We will not know, until more courts take an honest, close look at how juries are selected, and how racial biases are used to manipulate juries based on emotional reactions.